Best of Rome in 7 Days Tour

Our Rome tour serves up Europe's most intoxicating brew of dazzling art, earth-shaking history, and city life with style. On this Rome vacation, your tour guide will resurrect the grandeur of ancient Rome's Colosseum, Forum, Pantheon, and nearby Ostia Antica. From the Renaissance and Baroque eras, you'll marvel at St. Peter's Basilica, the Vatican Museums, the Sistine Chapel, and the Borghese Gallery. You'll also enjoy today's Rome, with neighborhood walking tours, memorable restaurants, and time to explore on your own. Join us for the Best of Rome in 7 Days!

We'll meet at our hotel at 3 p.m. this afternoon. After a short meeting and an orientation walk through our neighbourhood, we'll get introduced to Rome's efficient metro system and then enjoy an "Am-I-really-here?" dolce vita stroll through the heart of Rome, soaking up the city's evening ambience at the classy Piazza Navona and the remarkably preserved, 2,000-year-old Pantheon. Our day will end with a chance to get acquainted during a "Welcome to Rome" dinner together.

After breakfast, we'll ride the metro back in time to ancient Rome. We'll arrive at multilayered San Clemente — a 12th-century church sitting atop a fourth-century basilica and an even older Roman temple. Then we'll tour and hear vivid tales of the larger-than-life Colosseum. After a break for lunch, we'll tour ancient Rome's birthplace: the Forum. You'll have the rest of the afternoon and evening free to wander through the nearby Palatine ruins, see Michelangelo's Moses at St. Peter-in-Chains Church, or climb to the top of the Victor Emmanuel Monument to enjoy the city view (don't forget to savor a foamy cappuccino in between).

Strenuous walking: 2–8 miles throughout the day with lots of hills, stairs, and uneven terrain. No bus. Sleep in Rome.

This morning we'll take a more intimate look at Rome, with a Vespa-dodging walking tour through our guide's favourite neighbourhood. Then we'll eat our way through Rome's Trastevere neighbourhood, learning about the tradition of Italian cuisine from the generations of families producing these tasty Roman specialities, including (but not limited to) porchetta, pizza, and Parmigiano. Afterwards, you'll have a free evening to make your own neighbourhood discoveries.

Today we'll focus on Renaissance Rome. We'll meet our local expert on the other side of the Tiber River and take a guided tour of the sprawling Vatican Museums, where we'll see an endless collection of treasures as we make our way to one of the world's most famous works of art: Michelangelo's Sistine Chapel. We'll continue on to the awe-inspiring St. Peter's Basilica, the greatest church in Christendom. The rest of your day is free to wander through this immense church and explore more of the Eternal City on your own.

Strenuous walking: 2–8 miles throughout the day with lots of hills, stairs, and uneven terrain. No bus. Sleep in Rome.

Today we'll venture outside the city, touring the ruins of Rome's first colony, Ostia Antica, the ancient seaport which connected Rome to its ever-expanding Mediterranean empire. Unlike Rome's politically oriented Forum, our walkthrough Ostia gives us a chance to envision the daily lives of merchants and craftsmen and appreciate beautifully preserved mosaics. As we head back to Rome, we'll take a panoramic bus tour as we continue to peel away the jumbled layers of this fascinating city, learning about Rome as Italy's political capital, the capital of Catholicism, and the centre of the ancient world. On the way, we'll continue down the ancient "Queen of Roads," the Appian Way, stopping to tour the eerie Catacombs of San Sebastiano. Arriving back in our Rome neighbourhood, you'll be free for dinner on your own.

Moderate walking: 2–6 miles throughout the day with some hills and stairs. Bus: 3 hours. Sleep in Rome.

We'll begin with a guided tour of sheer beauty in the Borghese Gallery. Bernini's most graceful and lifelike sculptures reside here — his athletic David and delicate Apollo and Daphne — as well as masterpieces by Canova, Caravaggio, Titian, and Raphael. Your afternoon is free to relax in the surrounding park, ramble through more of Rome, or do some last-minute shopping. Tonight, we'll have one last dinner together to share travel memories and toast new friends. Salute!

Day 7: Day 7: Tour Over After Breakfast

Breakfast is provided, but there are no group activities today. It's a breeze to reach Rome's airports by taxi or train. Your guide will help you with any post-tour planning, leaving you well prepared for the road ahead. Arrivederci, Roma!

You'll get at least 16 group sightseeing events — at no extra cost!

Here's what you'll see and do on our Best of Rome tour: 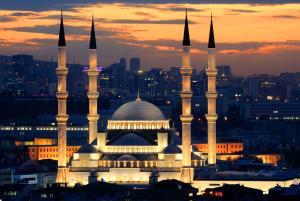 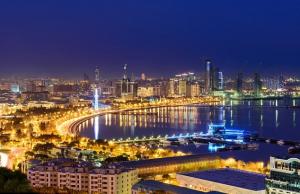 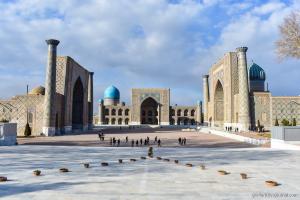